Three solitudes, three solitudes combined with pain. In an inn, the inn where Cassio has lost his head and the position of lieutenant (they say), three characters-witnesses go through the story of Othello, measuring it with their ambitions-desires-frustrations.

A roundabout of losers. A triangle of solitudes in a rectangle of history. Characters that look like ghosts: they move like tree leaves at night. A story in several voices, interwoven with screams shouted in a low voice.

Like stones embedded in the inn that belongs to them, Magdalena and Lucio together with the Digger, embody this triangle that takes on different shapes from time to time, with distances that come close and move away, but with vertices that can never touch.

Spine is born from the need to identify new ways of artistic creativity, from a need for expression. From the need to deal with a story from its margins, from untold gaps, from the desire to investigate paths that are normally ignored both in terms of dramaturgy and linguistic research.

Language is a mutable tool dominated by use and function in which the “signifier” is transformed, takes on new, unsettling colours and sounds but always for the purpose of strenghtening “meaning”, never for oneself, never for pure ostentation or linguistic acrobatics.

Dialects, languages are indeed mixed. Sardinian, Sicilian and Calabrian (not haphazardly the mother tongues of the actors) are used for high purposes, to talk about life experiences but never to talk about everyday life. In the region there remains this strange mixture of accents and languages, which culminates in the speech of the gravedigger, an invented mixture, not the language of ports, but of the dead, full of last words stolen from them, from their disengaged teeth (Frenchisms, Englishisms, Spanishisms, Germanisms reused more for the fascination of sound than of meaning). 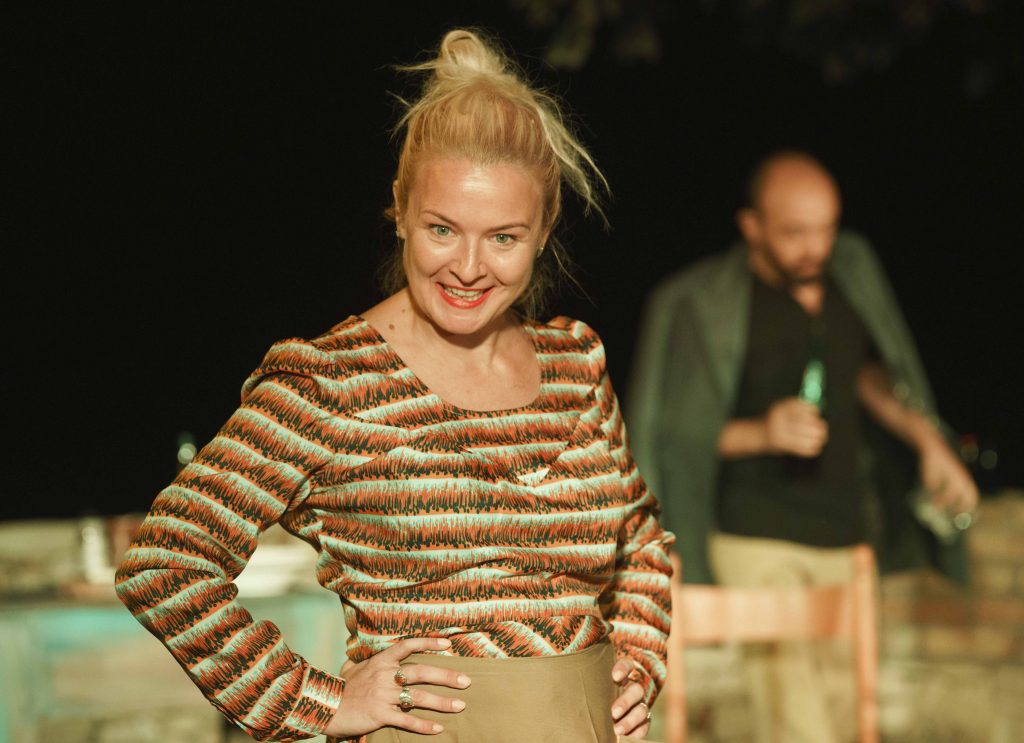 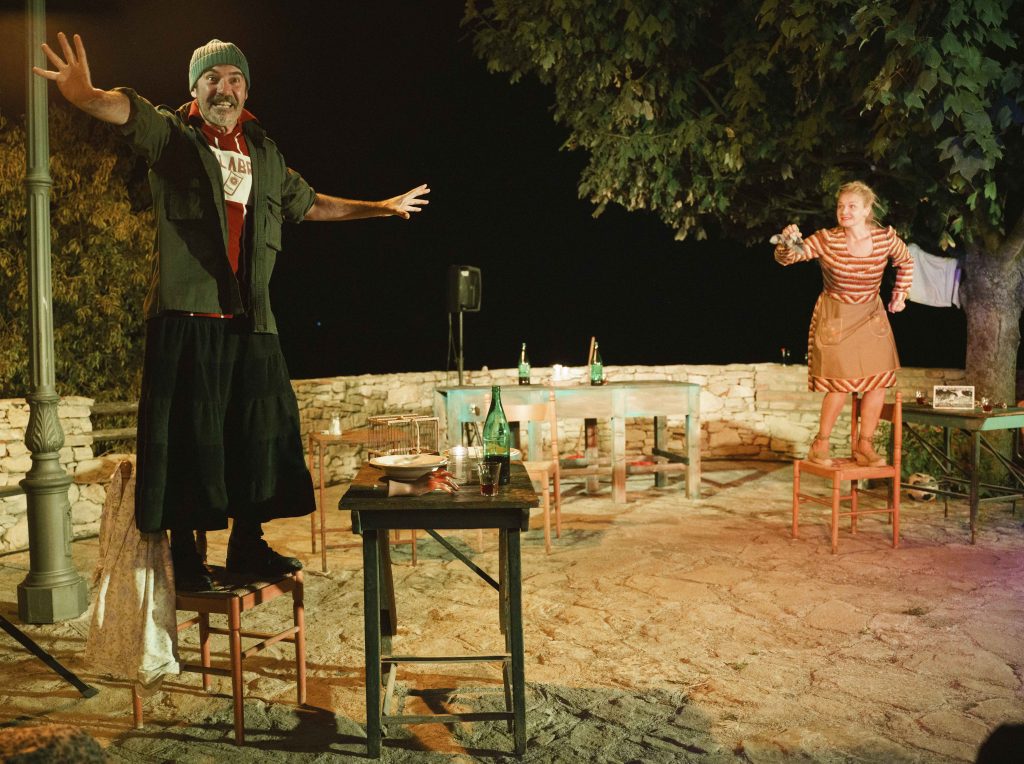 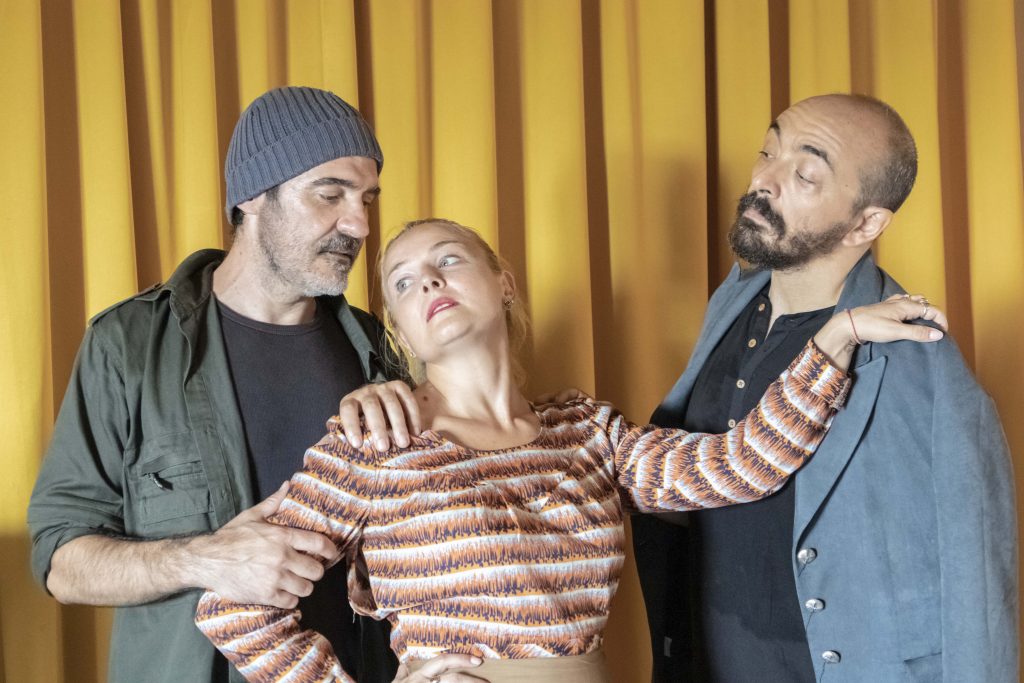 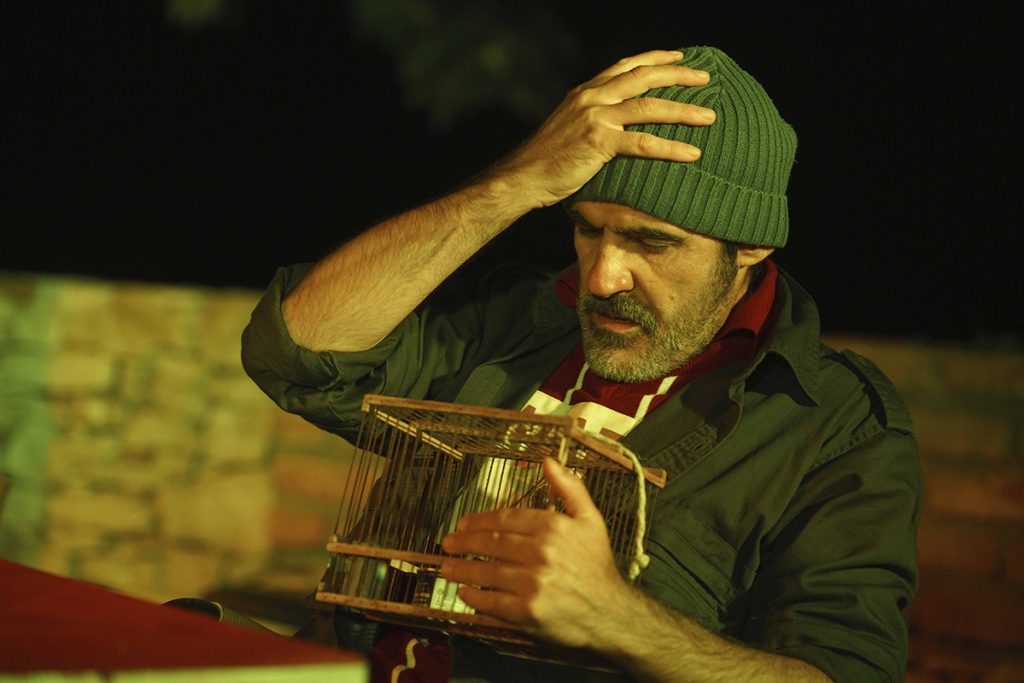 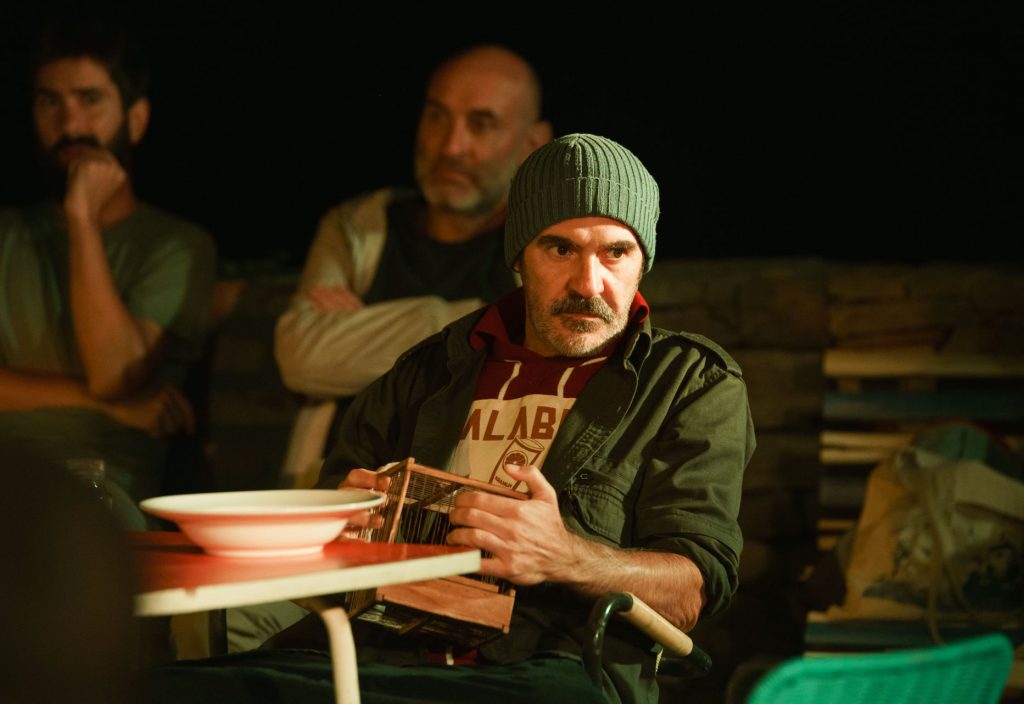 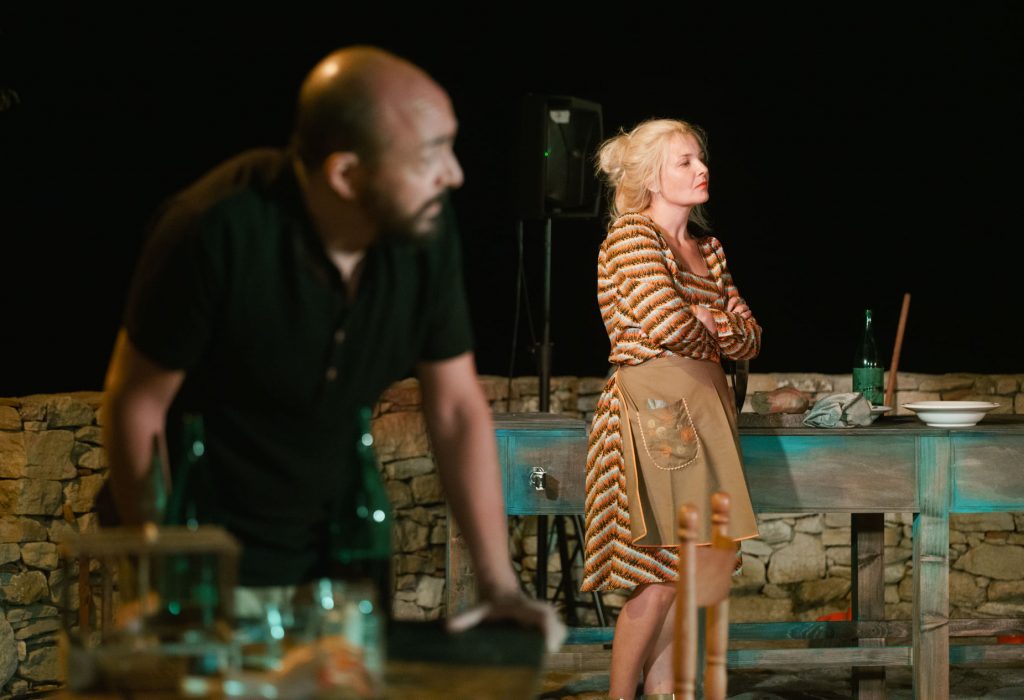