Shortlisted among the finalists to the Premio Tuttoteatro.com Dante Cappelletti.

In a basement where pigs were slaughtered, in the darkness of an isolation attenuated only by old opera arias, in the darkness of solitude, in one hour, Rocco-Aìda faces the body of his dead father, in a story that bursts forth like an emergency, breaking dams to tell the unspoken words of an entire life.

With the mechanism and the same necessity of a Greek tragedy, unfolds an archaic tale of fratricidal wars, of grief and handkerchiefs, between families belonging to the same land and earth to which they will return. Because of a hatred that saves nothing and devours everything. Yet, in Rocco-Aìda’s voice, still sparkles a hopeless love for a playmate disguised as an enemy because of a female soul cloistered in a man’s body, without no possible escape.

The staging of this text is intended as a further step forward in the direction already taken with “Come un granello di sabbia” (Like a little grain of sand) (Premio selezione In-box blu 2016). It preserves the memory of the almost twenty-year development of an original form of narrative theatre (the monologue in dialogue of “Il mondo offeso” increasingly fragmented, in subsequent works, in a plurality of voices internal to the story, which weave polychrome narrative frescoes on the body and on the voice of a single actor) and makes it evolve towards a hybrid form where the action and the relationship to space and stage (increasingly complex and looming, despite the single actor on stage) represent the very body on which the story is based. 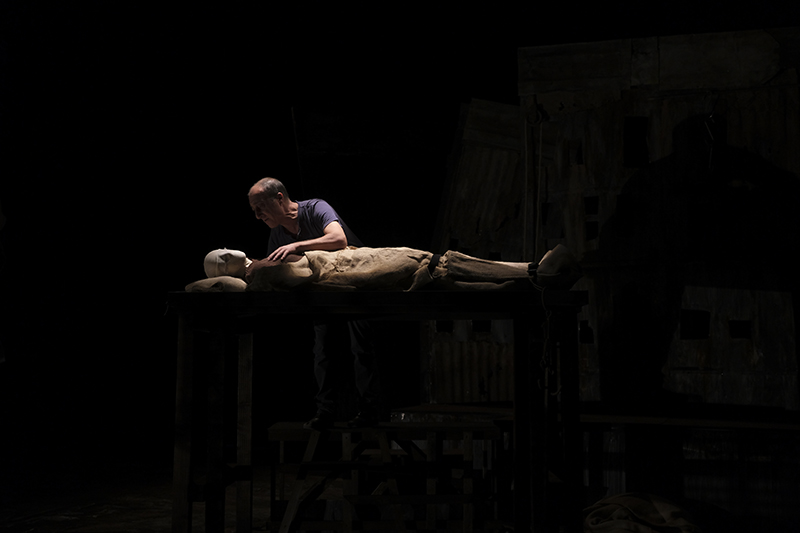 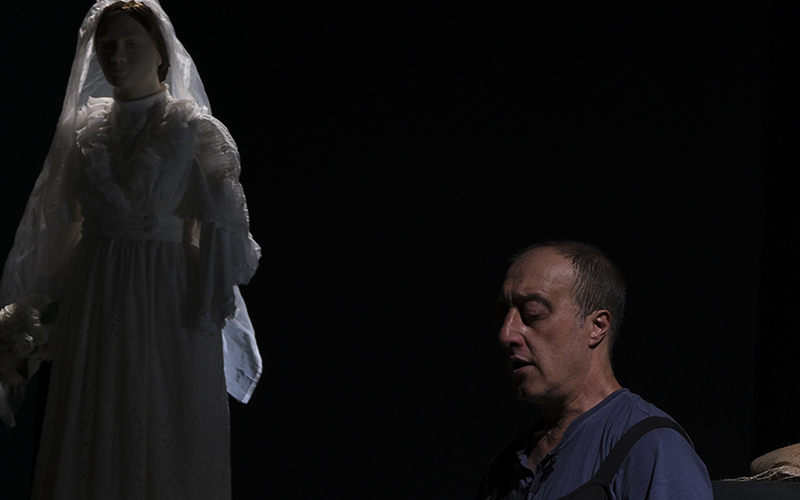 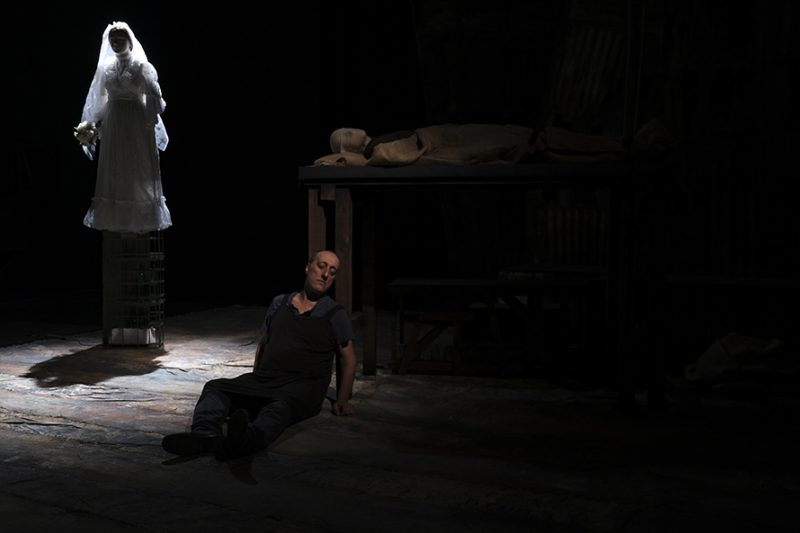