Theatrical performance I GIORNI DELLA FERA (The Days of the Fair – Chap. 1 – the call of the feminine), by Salvatore Arena and Massimo Barilla with Mariano Nieddu and Helena Pedone and the participation of Maria Grazia Bono and Ylenia Zindato, with 3D sound design and original music by Luigi Polimeni; video settings by Rosario Di Benedetto, technical development by Nino Giudice and Giulio Tranchida.

This new and original production by Mana Chuma Teatro is the beginning of an experimental theatrical research path, with the use of virtual and interactive sets revolving around the novel Horcynus Orca by Stefano d’Arrigo.

The spectators are “immersed” in an environment in which the corporeal or virtual presence of actors and characters, voice and 3D sound environments intertwine, recall each other, merge thanks to the interaction with the walls of the stage space (360°screening room) that becomes a single landscape, where there is no separation between audience and stage.

This first chapter takes us to northern Calabria, to places where the “wandering women”, away from Scill’e Cariddi, oblige ‘Ndria to confront a reality that is distraught by war. 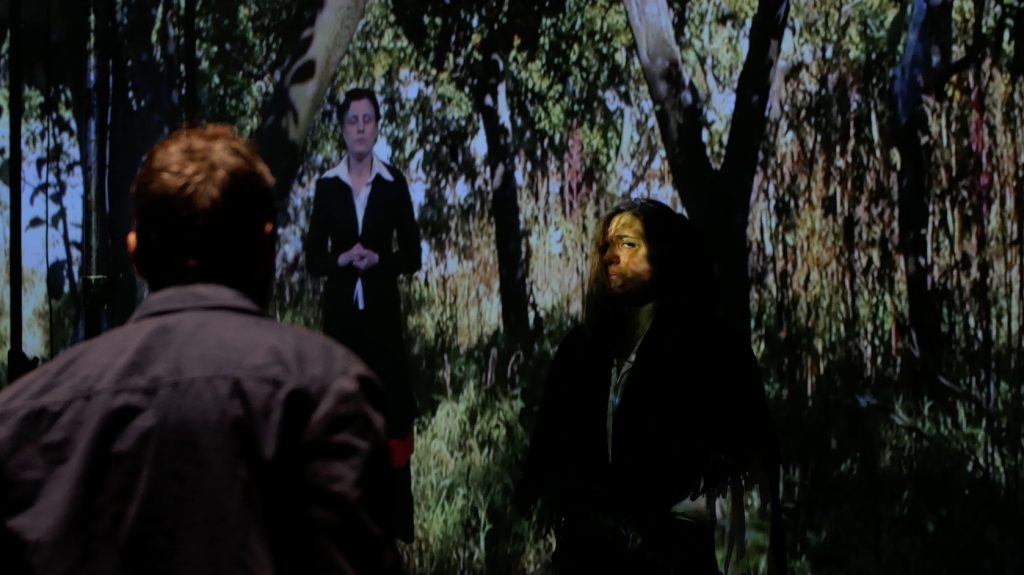 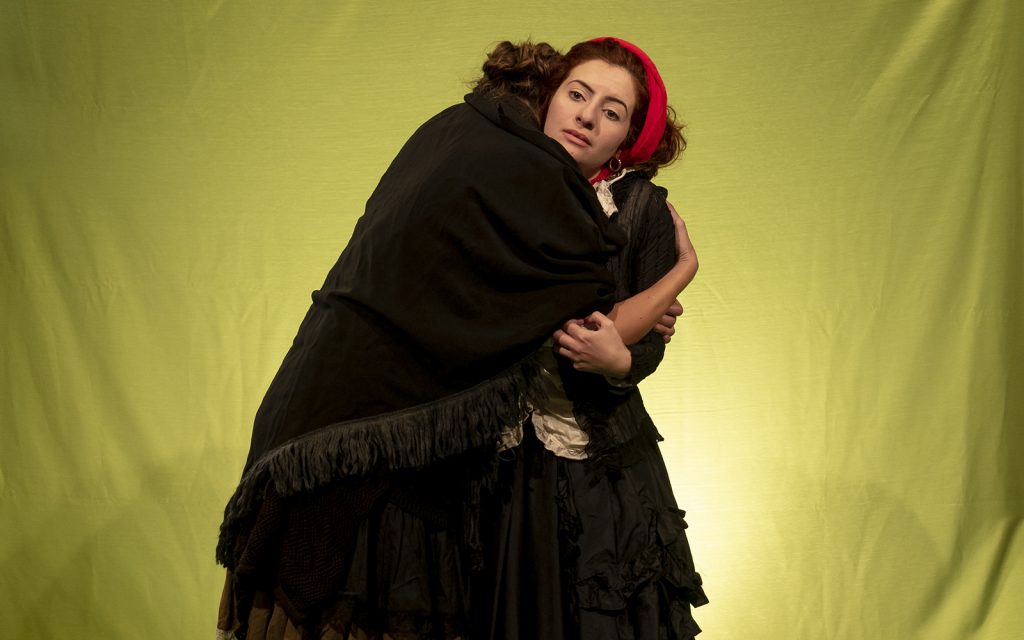 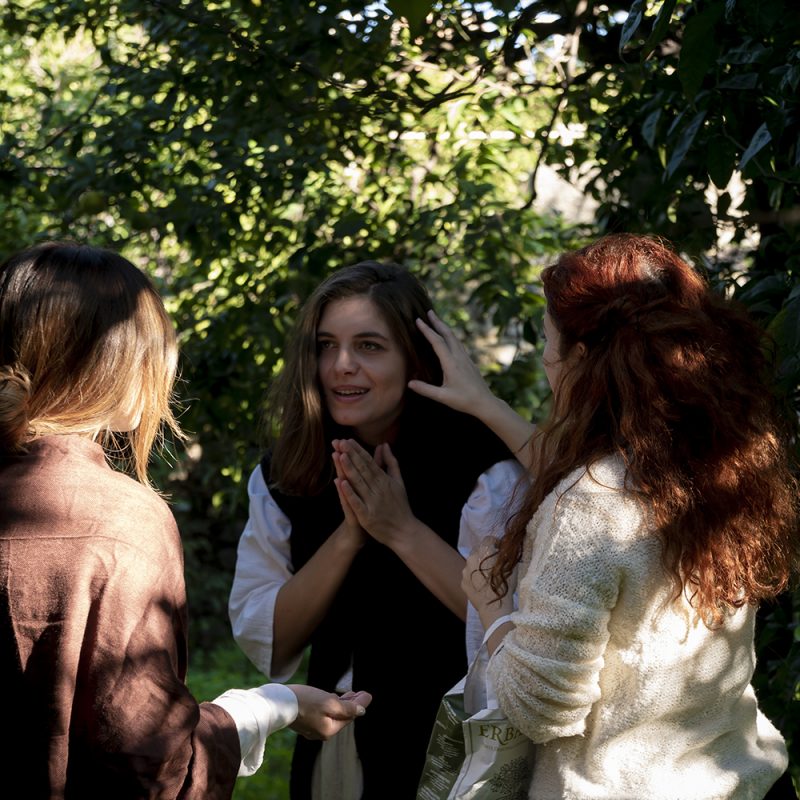 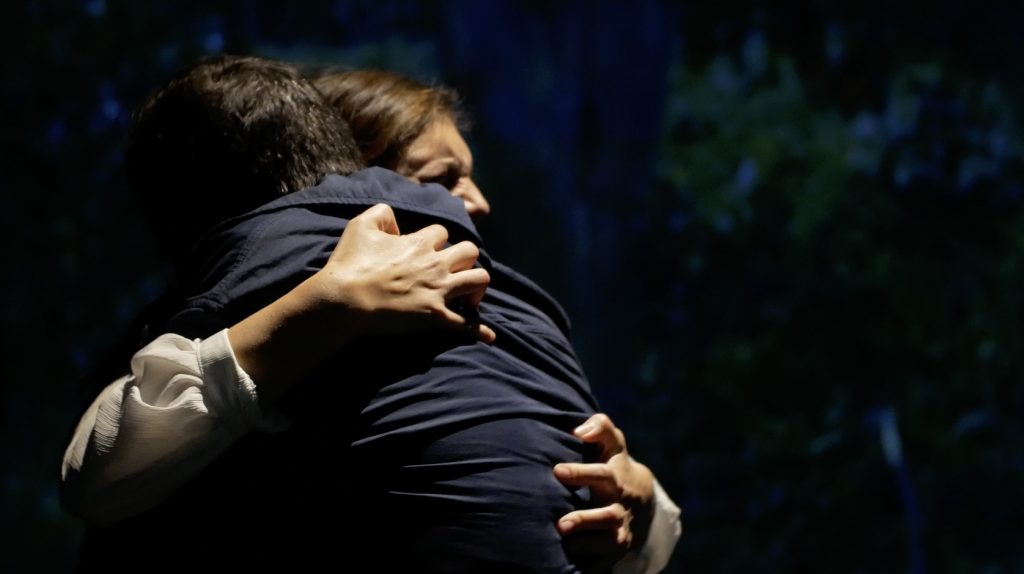 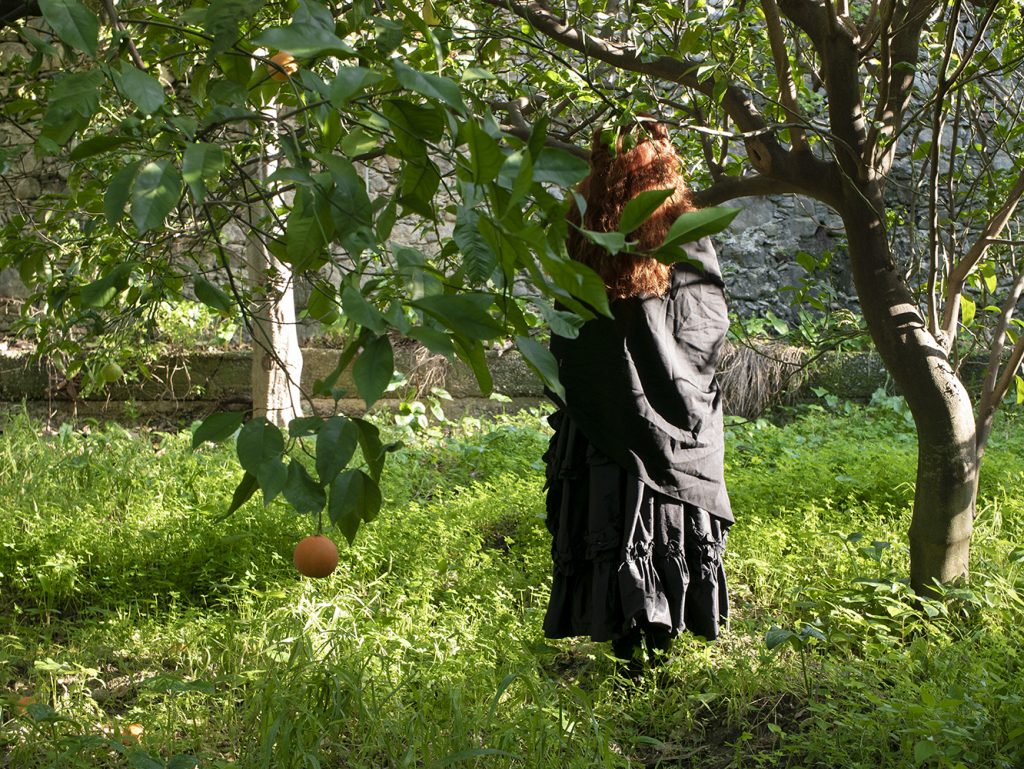 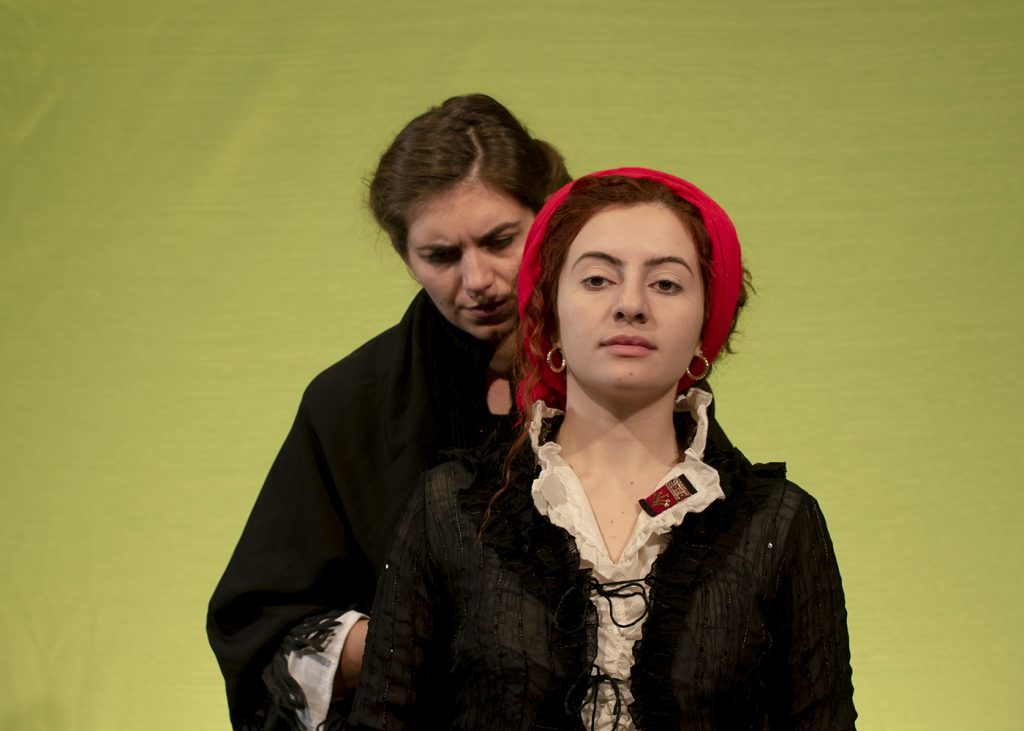 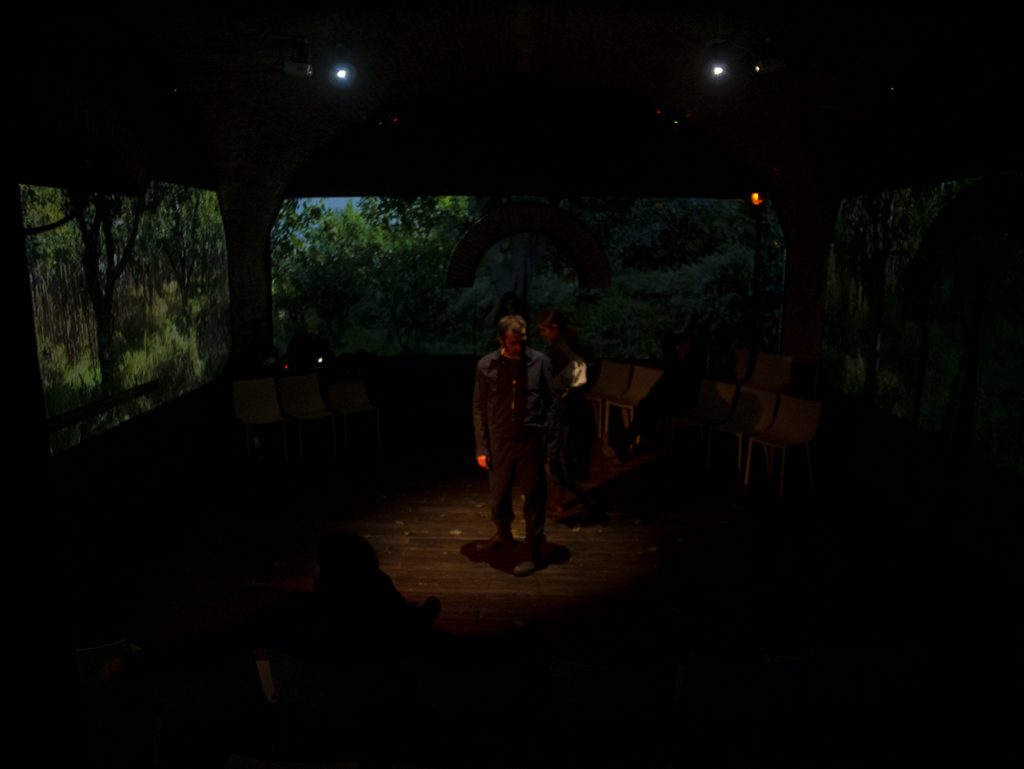 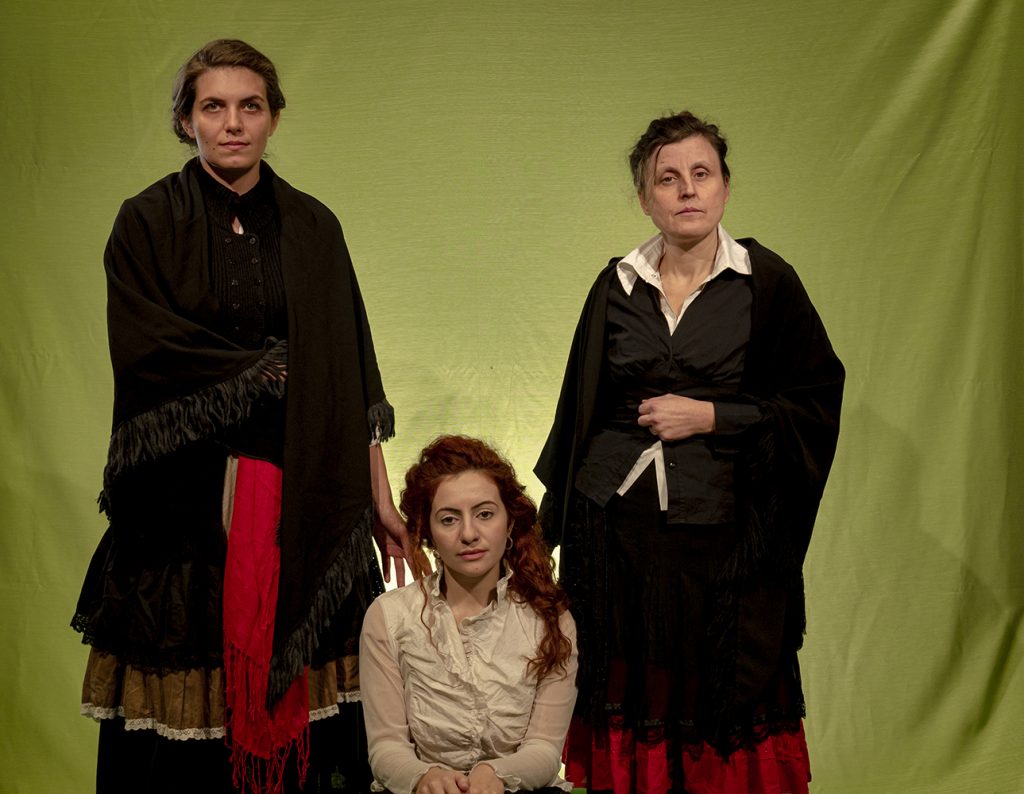 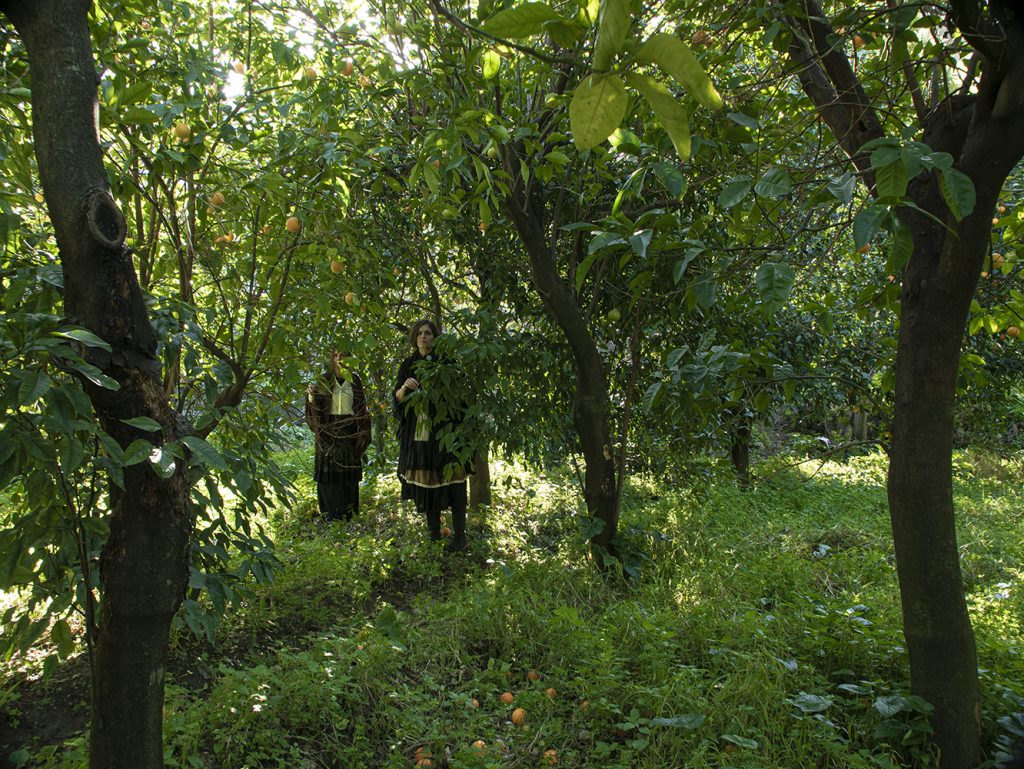